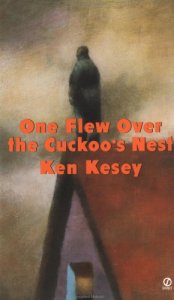 Being the holidays and having just suffered a computer crash I have taken the easy way out and ripped another top 10 list from LitReactor available at the following link:

3. One Flew Over the Cuckoo’s Nest
By Ken Kesey/Adaptation by Milos Forman

6. Batman Begins and The Dark Knight
Created by Bob Kane, written by others/Adaptation by Christopher Nolan

7. The Shining
by Stephen King/Adaptation by Stanley Kubrick

8. Bringing out the Dead
by Joe Connelly/Adaptation by Martin Scorsese

9. Memento Mori
By Jonathan Nolan/Adaptation by Christopher Nolan (as Memento)

10. The Godfather
By Mario Puzo/Adaptation by Francis Ford Coppola

My personal favorites are:

FIGHT CLUB – Both the book and movie are fantastic and the movie makes changes in all the right places that work. Great soundtrack, great everything.

THE GODFATHER – The movie was better than the book in my opinion and the book was awesome.

THE SHINING – I can’t beleive King doesn’t like this movie.

BATMAN – As long as the movie was by Nolan it’s good. He captured the struggle between the Dark Knight and the Joker beautifully.

One movie that didn’t make the list was CLOCKWORK ORANGE. Another movie that made a few changes that worked well on film, like leaving out the last chapter.

One of my favorite books that I’d love to see as a movie is THE PHYSIOGNOMY by Jeffrey Ford. If you haven’t read it, please do so. It’s time to make this gem into a film.

My favorites of the group:

4. The Gunslinger, Stephen King, 1982
“The man in Black fled across the Desert, and the Gunslinger followed.”

See them all here:
http://litreactor.com/columns/the-top-10-best-opening-lines-of-novels

There are a ton of stories in this collection of zombie stories.  I’m not much of a critic and I respect anyone who’s gotten published.  Anyway, here is what I think about what I’ve read so far:

Malthusian’s Zombie by Jeffrey Ford.  Great story and quite different from the other stories I’ve read so far in this book.  As always Jeff writes beautifully.

This Years Class Picture by Dan Simmons.  My favorite story in the book so far.  I’m just discovering Simmons and I look forward to reading more of his work.  I hear “Drood” is awesome.

Sex, Death an Starshine by Clive Barker.  Clive is my favorite.  If it wasn’t for him I may not be a reader or the wanna-be writer I am today.  This story is old school Barker.

Death and Suffrage by Dale Bailey.  Well written but kind off dragged for me.

Bitter Grounds by Neil Gaiman.  Beautifully written but I didn’t get it.  I need to read this one again.  I love Gaiman.  If I ever meet him again I’ll be sure to ask him what he was thinking about when he wrote it.

Some Zombie Contingency Plans by Kelly Link.  Entertaining but I have no idea what the point was.

Those Who Seek Forgiveness by Laurell K. Hamilton.  I don’t have much to say about this one.  It was pretty good.

Ghost Dance by Sherman Alexie.  I like the way Alexie writes and enjoyed this story.